Experience a World in Green in the Japanese garden of Gioji. 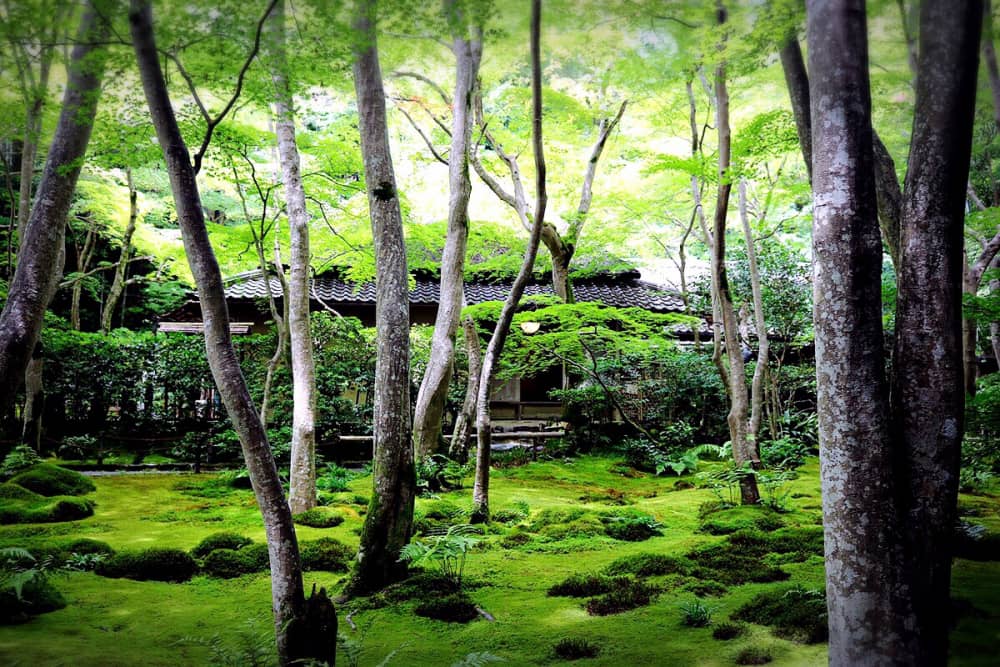 Many kinds of Green

The moss garden is made from not just one kind of moss, but from many kinds. Some moss are large and cover the ground while some are round and dark colored. Others are prickly with a light green color. Other than the moss, the garden is full of other green plants such as bamboos, which allows visitors the enjoy the world of green with all kinds of plants.

The cute moss in the pot

The moss in Gioji can not only be seen in its natural form, but also grown in pots. There are more than 10 kinds of moss grown in these pots in the corner of the Gioji grounds. If you want to take a look at what kinds of moss are grown in Gioji, taking a look at these pots are a great way.

The building in the Gioji grounds is called Souan, and is made by a traditional Japanese style with a grass roof. The window inside the building is called the rainbow window. This is because the lights that come in from the window sometimes shine in many colors just like a window. If you are lucky enough, you may be able to see one.

The bamboos are another great place to see in Gioji. The Garden that is surrounded by the tall bamboos makes us feel that we are in a different world from what we are usually in. The Japanese atmosphere made from the bamboo and moss is like no other Japanese garden.

The garden that changes every Season

This time we introduced you to the green Gioji, but in autumn this garden changes to a garden in bright red. The orchids that fall upon the ground cover the green moss making the ground into a red carpet, and this season is also recommended for visiting Gioji.